Within A&S we are standardizing new erooms and projectors around HDMI inputs. HDMI inputs come in various sizes and shapes, but is preferable to the now-obsolete VGA standard for video. HDMI also carries audio in the same cable.  (There are minor exceptions for pre-2010 laptops some of which don't carry audio with video, but there's an adapter for that).

Which adapter do you need?

First identify the A/V port on your laptop using the visual guide below, then search your favorite electronics store for "[your AV port] to HDMI adapter". For example, if you have USB-C ports, you'll look for "USB-C to HDMI adapter". Make sure the description says that the adapter carries audio (some will only carry video). Also beware of cheap cables (such as cheap USB C cables) that can damage your equipment. Better to invest in well-rated adapters that work reliably. Quality is all over the map out there.

If your laptop has a full-size HDMI port, you wont need an adapter in A&S erooms.

Here is a visual guide for common A/V ports on laptops:

We pulled this guide together from information on the internet. Sources are listed where possible.

If you have a new-ish laptop, chances are you have:

USB C looks like the below. If is found on the latest Mac and PC laptops.  So you'd need a USB-C to HDMI adapter.  (Image from DigitalTrends) 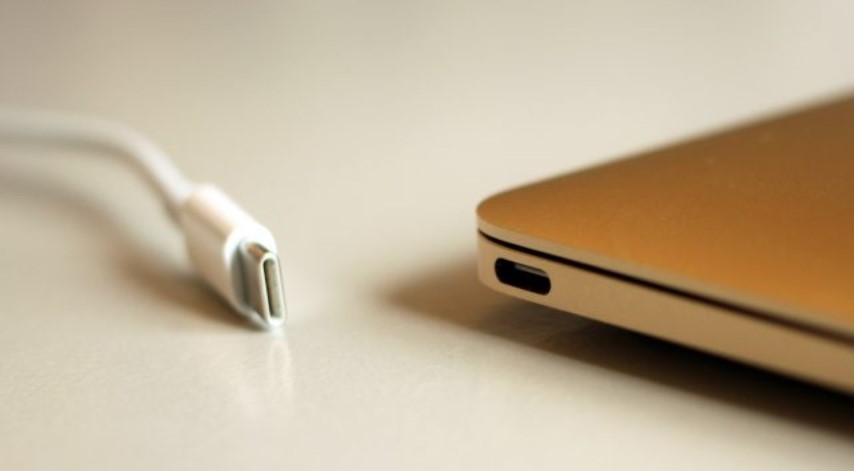 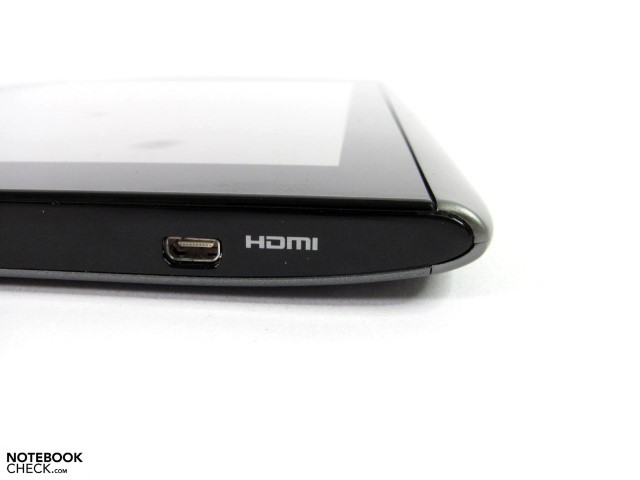 MINI DISPLAYPORT (or aka THUNDERBOLT): (Found on both PCs and Macs)

Mini DisplayPort and Thunderbolt - while not technically the same thing - are compatible for the purposes of sending HDMI to the projector. You can look for either "mini displayport to HDMI adapter" or for "thunderbolt to hdmi adapter".  Note that Macbook Pros made prior to mid 2010 do not carry audio on their Mini DisplayPort connection. You can check your Mac model under the Apple menu, and click "About this Mac."  If you have a MacBook that is in this category, you will need to insert the RCA audio jack into your headphone jack for audio. All other models and newer computers should be able to send both audio and video through these ports. Image from CNET.

If you have an aging laptop, chances are you have:

FULL SIZE HDMI (Can be found on both Macs and PCs)

If you have a full size HDMI port like the one below,  you won't need an adapter to connect to HDMI in the classrooms. The HDMI cable in the classroom will plug directly into it.  Image from Intel. 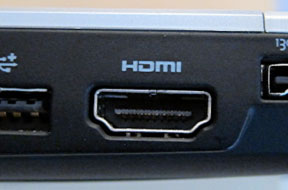 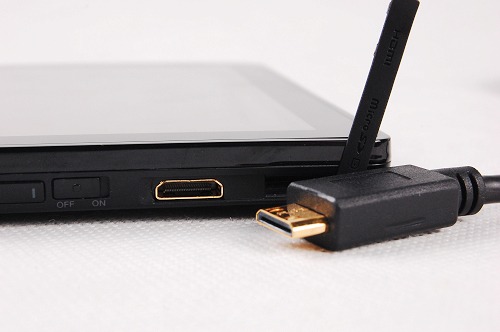 MINI DVI (Found on older Macs) (Image from Gizmodo) (DVI does not transmit Audio. You'll need to plug into the separate RCA audio inputs in the room for audio). 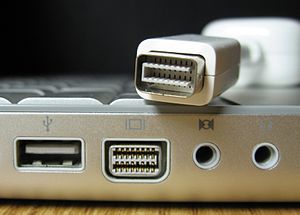 If you have an ancient laptop, chances are you have: 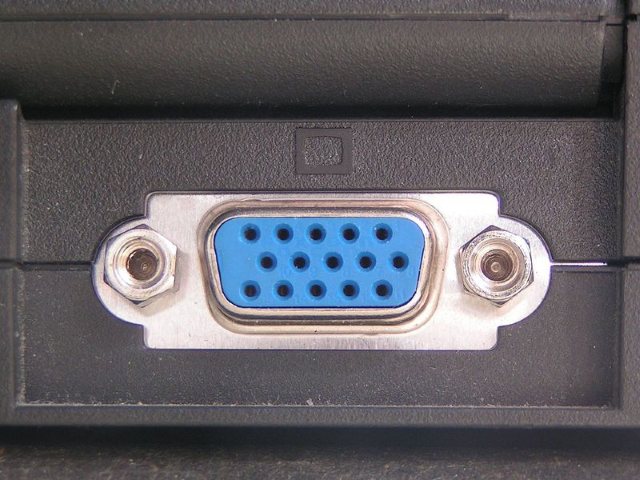 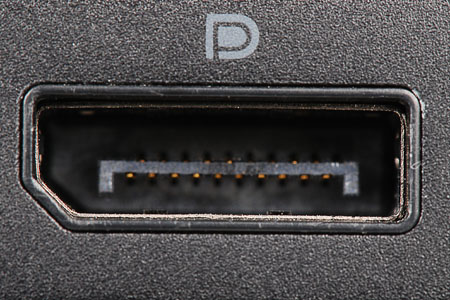 FULL SIZE DVI (Found on older Macs) (DVI does not transmit Audio. You'll need to plug into the separate RCA audio inputs in the room for audio).  Image from NCSU.edu.

Did you find it helpful? Yes No

Send feedback
Sorry we couldn't be helpful. Help us improve this article with your feedback.